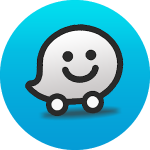 Today and yesterday haven’t exactly been on my list of Top Ten Days of All Time. Quite the opposite. Yesterday I paid a shiva call to a friend whose mother was tragically killed in an accident overseas. Then, as if that tragedy wasn’t horrific enough, there was a mix up with the body at the funeral. Don’t ask. I can’t even write about it without the hair on my arms standing up.

And then this morning, another text message from another friend (let’s call her “M”). She informed me that her boyfriend’s mother died (let’s call him “A”, and the mother – well that doesn’t matter so much). The mother was just over 100, as a matter of fact; her family made her a 100th birthday party just a month ago. She sounded like a great mom, with great kids and grandkids and a life well spent. “A” lives over two hours away from here, but luckily (for me) he was sitting shiva in Tel Mond at his brother’s home – about 30 minutes away. Of course I wanted to pay my respects. I asked for the address and decided to go today – in between grocery shopping, bringing the dog to the groomer and dealing with requests of today’s guests (who were bringing in more guests than were expected and needed more blankets – but let’s leave that story for another time).

“M” sent me a link to WAZE with the location marked as “Kenny Drive”. Strange, I thought. A street in Israel named Kenny? What, like the town developer had some Anglo relative he named the street after? Weird, no? Then I remembered the other charming names of streets in Israel: In Memory of the Holocaust Lane; Mendele the Book Seller Avenue; 29th of November Street; Warsaw Ghetto Boulevard. So who am I to criticize Kenny Drive? What do I know?

I pressed the WAZE app, clicked the link on my phone to sync with my car screen (I just love that I can do that now – I’m such a geek) and off I went. Never mind the pounding headache, the aching back and the lingering remnants of the horror my other friend has been through which hasn’t left me.

Back to Kenny Drive.

I finally drive into Tel Mond, a nice suburban town east of Netanya and WAZE takes me on many turns. Still trusting, still believing in the almighty power of GPS, especially WAZE, I turn right and turn left and I see that the end is near. The screen is telling me that the house is up ahead but I sure ain’t on Kenny Drive. I think the street I was on was called Shimson the Hero Street or something like that. No Kenny anywhere.

What do you mean I’ve arrived? This isn’t Kenny Drive and I don’t see any funeral notices around (Israelis put printed notices announcing the death of a loved one on house gates, apartment doors, store windows, electric poles etc.) None to be found – just barking dogs and a WAZE voice telling me I went too far. What’s a girl to do?

I pull over and call my friend. He not only doesn’t answer his phone, but it goes automatically to voice mail. YOU HAVE GOT TO BE KIDDING ME! (If you know me, you know I would probably add an expletive right around here, but since this is for public consumption, I’m restraining myself). Seriously? He knew I was coming, I even offered to pick up a falafel for him (and for me, cause I was hungry – I’m always hungry). How could he turn off his phone? What, like he’s closed for business between the hours of 1-4, taking a rest? I am not a happy camper now.

I try the number again and he answers! Thank you, Lord!

“But A, I don’t even know if I’m on the right street. I turned down where WAZE sent me but I have no idea if this is the right street.” I’m noticeably cranky, and hoping he doesn’t sense the tension in my voice. (Or maybe I didn’t hope that and thought he should sense my tension because its his link that sent me on this farcockteh mission).

I see him from the rear view mirror walking in the opposite direction. Well, at least I see him and can find my way back. We’re still on the phone so I tell him I’m making a u-turn (or “u-terr” as Israelis pronounce it) and instruct him to turn around. I make my turn and park. I get out of the car and notice that I parked far enough away from the curb for another mini car to fit in there so I get back in my car to get closer to the curb. (Remember the line from “Manhattan” or maybe it was “Annie Hall” when Woody Allen gets out of his friend’s sports car in LA and says “Don’t worry, I can walk to the curb from here.”?). Oy, I’m getting off track.

So, we hug, I express my sympathy and then I start complaining. What the hell kind of link to WAZE did he send me through M (because I’m assuming it was a link from his phone and not hers – like why would she be going to visit M’s brother on her own?). He doesn’t understand what I’m bitching about.

Once again he says – “No, that’s the correct WAZE link. I always use it – its always right.”

“But there’s no street number, and the name of the street here doesn’t match the name you sent me.”

He looked at me blankly as we walked into his brother’s house. “Anne, this is my brother Kenny. Kenny, this is Anne.”

I start laughing and these guys must think I’m some sort of moron – I mean really! Who laughs as she enters a home of people sitting shiva? And then it all made sense. I’m sure I don’t have to explain to you, but as long as we’re both here already, I will.

“A” simply input the name of his brother as the location, without bothering to indicate street name or any other means identification. Of course to him it makes perfect sense to label the site “Drive to Kenny” and if we’re into shortening things, “Kenny Drive”. The fact that he sent it to M that way, and M sent it to me and no one noticed the absurdity of it, well, I’ll just let you chew on that for a while.

And just to prevent you from thinking that I’m a total WAZE snob and know better than to make such a silly mistake, I did the exact same thing – this morning! Last week I had to be in a location in Karkur and I remembered that my friend told me that its complicated to get there, and since she was to meet me there anyway, she suggested I follow her. I did. And once I left the place I smartly input it into my phone, but noting only the name of the person who lives there. But did I put in the name of the street? No, of course not. So this morning, when I had to go back there and WAZE decided to take me a different way that I went last time I had no idea where I was. I called the friend and she laughed.

“I saw you! But I thought you were looking for parking.” (I was now practically in a different town). “Come back.”

Come back? From where to where? She didn’t know where I was at the moment and I had no idea where anything was. I retraced my steps (can you say that when you’re driving?) and recreated the drive from last week. Then I saw her waving at me.

Screwed by WAZE – twice in one day!

So the moral of the story is… forget it, I have no moral. Just be careful how you input your information into your WAZE or Google or whatever GPS system you’re using. You may have to pay a shiva call and you’ll need to know had to get there!

P.S. I texted “M” and related the story. She didn’t get it – “No”, she replied, “that’s the address.” I had to reiterate the whole saga again and then she got it. “Oops. Copied it from him. Sorry about that.” Funny emoji. End of story.